We train Christian leaders among Orientals in Germany . . .

In our time many people fleeing war and terror find a new home in our country as well. Many appreciate the religious freedom, which is partly new for them. Some of them have had to keep their turning to Jesus Christ a secret in their home countries. Others now open themselves to the gospel and consciously believe in Jesus, begin to follow him and get baptized.

We look for believers with leadership potential among these men and women and train them to become actively involved in already existing German churches or to found independent mother-tongue Christian churches.

At the same time, we teach believers to share the gospel with culturally sensitive communities, such as Iranians working among Afghans. For this purpose we translate among others the “Kairos courses” (www.kairoskurs.de) in Farsi and offer them. The first Kairos employees have already been trained for this purpose.

We already have various groups in NRW (central Germany) who are working together on an advanced training program that teaches basic biblical and Christian knowledge. This network is to be expanded nationwide. In addition, we are organizing Inspiration Days for Iranians and Afghans to introduce them to the concerns of the “Oriental Leaders Project” and to win them over for long-term cooperation.

In cooperation with another organization, we regularly conduct leadership training courses lasting several days to train believing Iranians and Afghans for leadership in Christian communities.

We believe that the frequently expressed fear of the growing influence of Islam in our country is best met with the love of God. This love is visible in Jesus as the Saviour of all humanity and for Jesus we want to win these people. 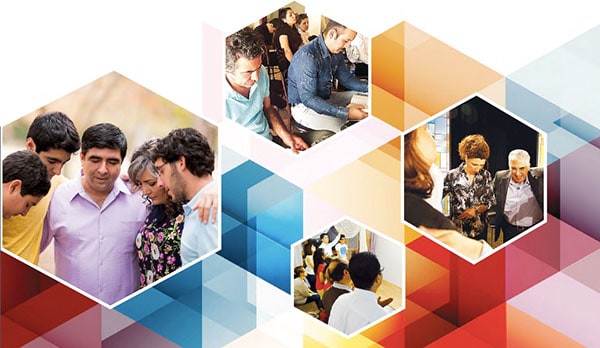