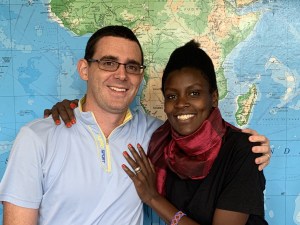 The Maasai are a tribe that calls the north of Tanzania and southwest of Kenya its home. Since thousands of years they live as herdsmen and their whole live is about their livestock and their harsh lives in a dry and dusty savanna.

The spiritual need is also big, their society is controlled by violence, power abuse, witchcraft and despite for women and children. It is a society that leads to people that are hurt and hurt others. A vicious circle that they can’t break through without the help of God.
We have seen this need and it stirred in us the desire to share with them the love of Jesus.

In 2013 Silas came the first time among the Maasai and since 2015 he serves with Youth with a Mission (YWAM) in the north of Tanzania. Heavenlight did a discipleship school in 2014 at YWAM and since then she is serving among the Maasai.

We work at a Mission station with YWAM in the Maasai Savanna in Tanzania.
Through the discipleship school we strengthen and encourage pastors and church elders, that they can encounter Jesus and reach out to their tribe.

Many Maasai, even Pastors, don’t have education and can’t read and write. Many don’t even speak Swahili, the national language, they only speak their tribal language Kimaasai.

For that reason we teach the Maasai in their own language. We want everyone, independently from their education, sex and age be able to experience God and to learn from him.

We want to disciple the Maasai and together with them apply new ideas and methods in evangelisation, so that they can disciple others and the Gospel is spread fast and in a multiplicative way.